If you open your heart to it, it automatically grows into something bigger

I clicked on the “Return to Zero: Local Leaders” page on Facebook to see if there was any new news or information, and I found the most lovely post. Rebecca is a German blogger, who lost twins. She wanted to make sure people knew the importance of this movie for those who have suffered a loss. She’s currently lobbying for Return to Zero to be shown in Germany. Please read her thoughts on the movie. 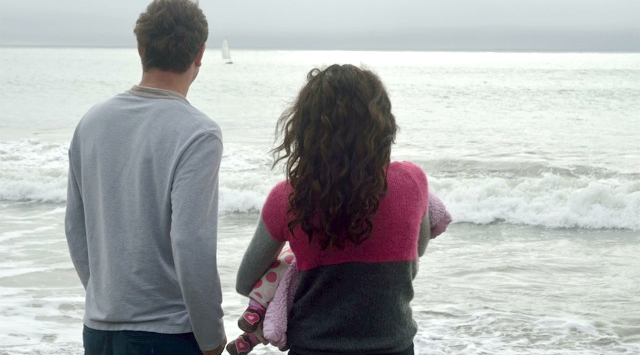 Not only a movie …

Last week I was a little bit … I don’t know if ‘upset’ would be the proper word to describe it. For the news I got were definitely something great, and to be grateful for. I read the news that Return To Zero will be shown in France this September. Which is awesome news. And I’m happy about it. But still I’m kinda annoyed. Annoyed that it’s not happening in Germany. And then my husband said something. Don’t get me wrong, this guy has been supporting the heck out of me during the last three months in getting the word out about this movie. He has read everything I wrote, brainstormed, taken care of the kids at points when in my head nothing but the movie was going on and I had another idea whom I could ask to promote it. For it to be shown on German TV. But what my sweet hubby said so rang a bell in my head – that sounded like a fire alarm. He said: “But you know – it’s only a movie!”

When very clearly, it’s NOT. Only a movie. It is more than that. Yes, one could argue – you are a bereaved mother and you’re grieving the little baby-twins you lost and it’s sweet that you’re getting yourself into it so much. Until you get over it and forget about it and talk about other things again. Well, most of the above is true. The thing is however, I won’t get over it. Neither the death of my babies nor talking about the importance of this movie … along with all other things that I feel I need to talk about that concern my family, me and what I stand for.

For sure, I’m not the only one cherishing this film from the bottom of my heart, and not only because it’s BREAKING THE SILENCE (which is a big part of it, but certainly not everything) – and making it possible for parents of babies that went way to soon to feel acknowledged as being parents. Sean and Kiley are telling THEIR story, so it’s clearly NOT only a movie – but a true story. They sold their house in order to complete this piece of art, I hope nobody will have a doubt that this makes it a result of pure passion. Many people have been putting trust into the production of Return To Zero by donating time and money. From what I’ve seen of Minnie Driver and Paul Adelstein playing Maggie/Kiley and Aaron/Sean they’re doing an awesome job – in playing something that must not have been easy at all.

And on top of that Sean and Kiley have been there before and after Return To Zero was aired – in numerous google+ events – and a Facebook-group especially set up for that purpose in order to answer questions for the audience. Kiley is offering retreats for bereaved mothers. There is a book out called “Three Minus One” containing stories told by parents – about love and loss. And there’s a workbook/discussion guide out – free for download. Sean is accessible for us Local Leaders, or anybody that has questions – which I think is nothing but a gift.

When I went to college I took a script-writing-class – only seven people out of 150 could take part in it. German TV aired a mini-series “Jahrestage” – one of his books. The professors’ only criteria for a student to take part in the class was that everyone should have read all the books by Uwe Johnson,  a German author, who wrote quite some books. I had eight weeks to get through well over 1.000 pages which I did with great pleasure, as in Uwe Johnsons’ books the characters returned in every book in different constellations. To make a long story short, I got in. And after reading everything multiple times, watching the shows on TV and working on screenplay-examples … this was not only a show to me.

And that’s what holds true to me. It’s like with everything in life – if you open your heart to it, it automatically grows into something bigger, possibly invaluable. And that’s what this is for me. Most certainly not only a movie.